Supported in part by the City of Gainesville, Alachua County, and your donations.

Robert Robinson keeps his eyes closed as his hands stretch toward his feet, his body sitting at a right angle. He’s really focused on his breathing, and every time he exhales, his body seems to be able to stretch a little bit farther.

Robinson does this and other poses for roughly an hour, and by the time the class is over, he’s visibly relaxed.

“It puts me in a special state of mind,” said Robinson, a GRACE Marketplace resident who has been attending the Gainesville organization’s free yoga classes for the past three months, after a class last week.

GRACE, which labels itself as a “one-stop assistance center for people without housing,” has been offering yoga classes since August in an effort to bring the meditative exercise to the disenfranchised, said Liz Getman, who leads the classes.

“I think [GRACE] is as perfect a place as any to practice yoga, so why not?” Getman asked. “I believe that we should make yoga accessible to everybody … and that includes the people at GRACE Marketplace.” 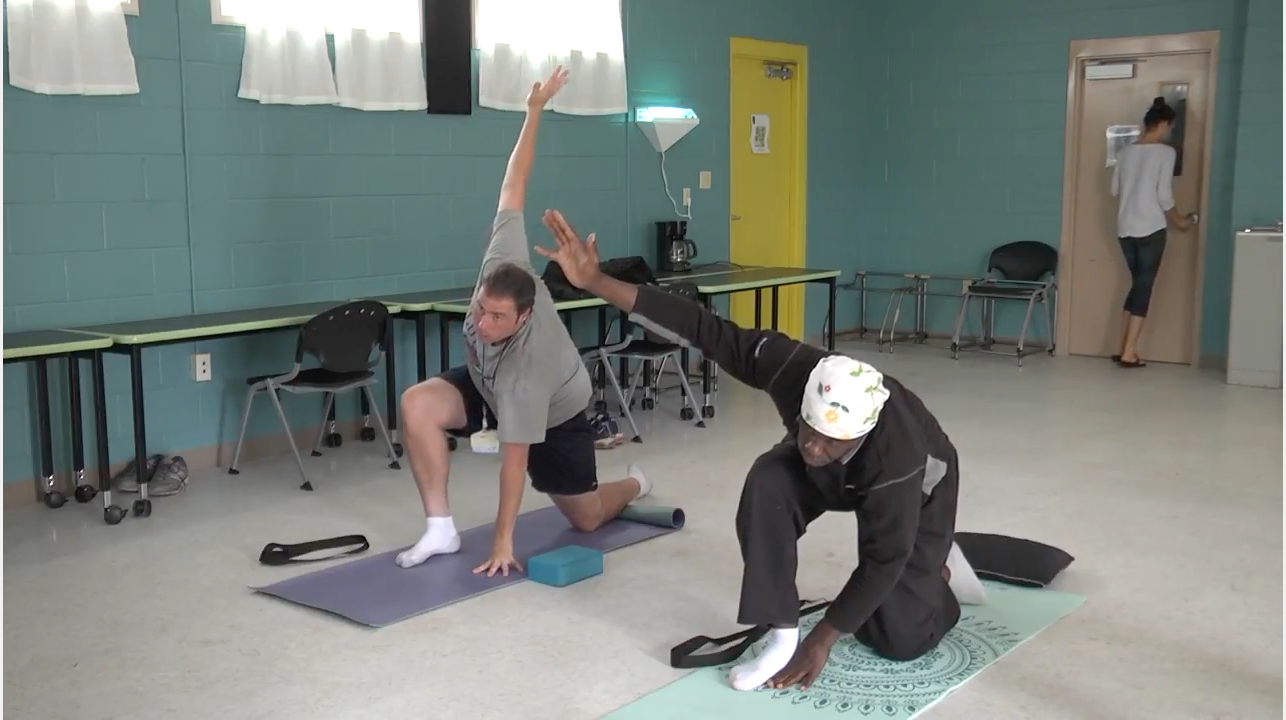 The classes are held every Tuesday morning in a multi-purpose room at the main GRACE building. Getman said she usually has about seven students in her class. She said she loves when her three regulars come back week after week.

“You can see them connecting inside more deeply,” said Getman, who additionally teaches Zumba and other exercise methods around Gainesville. “So they’re closing their eyes more. They’re breathing more fully.”

One of the three regulars is Emerson, a GRACE resident who declined to give his last name. He said that after every session, he leaves the room feeling better than he did when he walked in.

“I am loose, I’m limber, and my mind is at ease,” Emerson said, adding of Getman, “She’s nice, and she really knows what she’s doing. It couldn’t be done much better.”

Getman said she believes yoga is “for all bodies and all individuals.”

“Yoga can teach us how to keep that connection to the breath and how to use the breath to calm our mind and calm our bodies,” she said. “I can see that in my students.”

WHAT PEOPLE ARE SAYING

"They're doing remarkable work and changing the lives of hundreds and hundreds of people."

STAY UP TO DATE